Charles Janeway (1943-2003) was a noted Yale professor whose research career helped conceive the modern field of innate immunology, its function and its link to adaptive immunity. In his extensive career spanning 34 years, Janeway published over 300 scientific papers and helped write the renowned ‘Immunobiology’ textbook still used today by students and researchers alike. Ximbio currently stocks 20 of Janeway’s reagents in the portfolio, related to various aspects of immunology.

A career in research

Throughout his career, Janeway was a leading contributor to the concepts of immunobiology and the basis of innate immunology, the body’s first line of defence against infection and disease. Janeway’s goal was to uncover immunology’s secrets after becoming curious as to how macrophages were activated without the aid of T cells and how antibodies were produced without a T cell population. His research focused on developing an understanding of how T cell receptors mediated the immune system’s response to infection. This research ranged from determining how T cells recognise their specific cognate antigen, to interactions between TCR and MHC-antigen complexes, leading to research that ultimately discovered how these pathways came together to induce the adaptive response. 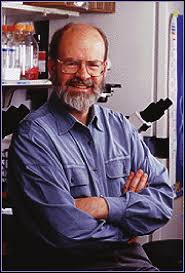 Janeway’s research created an understanding of the adaptive response and was a bedrock for his later research into the pathology behind certain autoimmune diseases. His research is implicated in a variety of fields, leading to new insights into how to understand autoimmune diseases including systemic lupus erythematosus (SLE) and diabetes.  SLE is characterized by the presence of antibodies to antigens that are ubiquitous and found in all cells of the body, such as anti-chromatin antibodies and antibodies to proteins of the spliceosome complex within the cell. In 1989, Janeway proposed the theory of pattern recognition, which remains the predominant concept for how the innate immune system accomplishes self-nonself discrimination. One of Janeway’s reagents allowed more accurate titration of autoantibody activity in the sera of SLE patients, via quantitative radio-immunoassay.

Antibodies and cell lines generated in the early years of Janeway’s research provided the foundation for much of his subsequent work and contributed to many of Janeway’s later scientific breakthroughs. His anti-CD3 monoclonal antibody was used in multiple publications, amongst other things, to try and understand the role of B cells and CD4 upon T cell proliferation, and how macrophages, microbial products and antigens impact this process.

After his death in 2003, many of Janeway’s antibodies and cell lines used from his research career were still stored at Yale University. Developed through his research in T cell activation and the induction of the adaptive immune system, a secure system was required to preserve this research legacy and make it available to the wider scientific community. Ximbio, with its commitment to maintaining and sharing research reagents, was able to include these life sciences reagents on its portfolio. Here are some of our favourites:

Anti-Sm (Y12): Janeway and his lab created anti-Sm to decipher the biological function of ubiquitous small nuclear RNPs (snRNPs) that contain U-1, U-2, U-4, U-5, and U-6 RNAs. Sm is involved in the pathogenesis of Systemic lupus erythematosus (SLE), with antibodies to Sm being found in 20-30% of patients with SLE. Furthermore, anti-Sm antibody can be used to help understand the role of snRNPs, particularly within disease. snRNP’s form part of the spliceosome, with aberrant splicing substantially underpinning disease pathogenesis, therefore understanding of mis-splicing may open new therapeutic options. See more here.

Anti-CD3 (500.A2): Janeway and his team used this anti-CD3 antibody, among others, to define a site involving TCR V regions and CD3 epsilon with which CD4 appears to associate during T cell activation. Understanding the TCR:CD4 interaction was key for adaptive immunology. It was also used to investigate the role of lipopolysaccharides in the induction of T cell activation. This antibody activates cloned T cell lines and normal T cells, provided suitable accessory cells and signals are present. Binding of anti-CD3 (500.A2) to CD3 initiates the intracellular biochemical pathway resulting in cellular activation and proliferation. Janeway also used anti-CD3 antibody to demonstrate co-stimulation was provided by a “non-specific” molecule carried by all B cells, showing antigen alone cannot stimulate the adaptive immune system. See more here.

Anti-heat stable antigen (20C9): Janeway created this antibody to aid understanding of the molecular basis of this costimulatory activity on T cell clonal expansion. It was known that optimal induction of clonal expansion via normal CD4 T cells required a ligand to engage T cell receptor as well as functionally defined costimulatory activity on the same antigen-presenting cell surface, but little was known about this costimulatory molecule. Anti-HSA significantly inhibits the proliferation of CD4 T cells induced by anti-CD3 or by allogeneic LPS-activated B cells. Engagement of the TCR in the presence of this monoclonal antibody leads to functional inactivation of T cells. See more here.