Throughout the 1970s and early 1980s, the techniques of molecular biology were developing rapidly. With the discovery of restriction and ligation enzymes, early PCR techniques and the introduction of methods to create monoclonal antibodies, the molecular toolkit was expanding apace. These techniques have continued to be refined, and now, with the development of recombinant antibodies, the power of recombinant DNA technology is being applied to these core tools in proteomics as well.

There are four main types of recombinant antibodies: 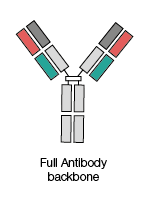 These consist of two sets of variable and constant components,which form together to create polypeptide chains. 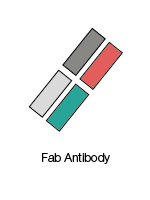 This is the smallest type of recombinant antibody that is still capable of antigen binding. It consists of a fusion protein of the variable regions of heavy (VH) and light chains (VL) of immunoglobulins. These are then connected with a short linker peptide of about 10 to 25 amino acids. 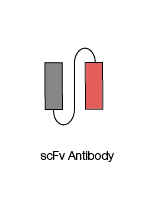 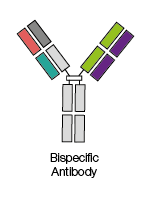 Knowing and understanding the differences between recombinant and monoclonal antibodies and the benefits and disadvantages of using each method is crucial. This will ensure you are selecting the best type of antibody to use within your research.

Unlike monoclonal hybridoma antibody production, where control over an antibody’s antigen binding sequence is determined by the host animal to which the antigen is injected, recombinant antibodies have a defined sequence within a vector that can be easily manipulated by scientists. This means that researchers have greater control over the antigen binding sequence during recombinant antibody production, producing more reliable and reproducible antibodies in comparison to monoclonal antibodies.

Overcome the challenges of hybridoma stability

Converting existing hybridomas to recombinant antibody production allows the benefits of stability and reproducibility to be applied to the valuable catalogues of existing antibodies.

It is very easy to convert the species, isotype or subtype of a recombinant antibody fragment simply by adding the appropriate constant domain.

Animals don’t need to be used in the recombinant antibody production process when using the phage display method. This means that many ethical and animal welfare concerns, that are commonly associated with traditional monoclonal antibody products no longer apply.

There are also several applications where using recombinant antibodies can be particularly advantageous. Not only can recombinant antibodies be used wherever you would normally use a traditional monoclonal antibody, they also provide enhanced benefits in the field of therapeutics, being able to fuse with drugs and toxins. Many ScFvs are currently being used in clinical trials as a method to diagnose and treat illnesses - Currently over 30 are in clinical development. In addition, Fab recombinant antibodies have been used in a variety of different biosensors, including optical and electrochemical. Bispecific recombinant antibodies have also proved useful in the immunodiagnosis and immunotherapy of cancer and other diseases. Through genetic engineering, it is even possible to remove or add on key protein domains, allowing researchers to design antibody molecules with a variety of desired functions within one antibody.

However, there are also several disadvantages to recombinant antibodies and their production process:

The technique required to create de novo recombinant antibodies takes time to learn. This can be a significant investment of resource, time and energy, particularly for smaller scale laboratories. In addition, in order to successfully create recombinant antibodies, an antibody gene library needs to be created. This enables researchers to then pick out the antibodies that bind to their target of interest. This takes a great deal of time and effort. Although this process can be bypassed by acquiring aliquots of a proven, pre-made library, this involves a significant cost, that many smaller laboratories may not be able to afford.

In addition to the time spent setting up and learning how to use an antibody gene library, a range of expertise is needed in techniques including bacterial transformation, phage amplification and DNA mutagenesis amongst others. These skills are necessary to select and screen antibodies from antibody libraries.

A tool for the future?

We work to secure the rights to be able to reproduce recombinants and include many of these antibodies on our website.