Ximbio highly commended as Charitable supplier of the Year

Ximbio has been highly commended as Charitable supplier of the year at this year’s CiteAb awards.

Dr Andrew Chalmers, founder of CiteAb, said: “Huge congratulations to Ximbio for being Highly Commended in the CiteAb Charitable Supplier of the Year award category. The COVID-19 pandemic dominated the headlines over the past year, but has not taken away the pressing need for advancement in a wide range of other disease areas. Ximbio’s contribution to Cancer Research UK is instrumental in advancing the research that the charity funds, and in raising awareness of the work of the charity. I was personally very impressed with the efforts being made by Ximbio, and with the whole team in their admirable objective of supporting Cancer Research UK in seeing three quarters of people surviving cancer within the next 20 years.”

Robert Bondaryk, Global Head of Ximbio, said “As part of Cancer Research UK, we are dedicated to helping realise the charity’s vision to see three-quarters of people surviving cancer within the next 20 years. We are delighted that our efforts have been highly commended at this year’s CiteAb Awards.”

Even though this has been a difficult time due to the ongoing pandemic, Ximbio has remained steadfast in its mission to accelerate life science research, by supporting scientists in making their research tools available worldwide. With over 8000 tools in its portfolio, Ximbio has accelerated the pace of research by forming partnerships with bench scientists at both for profit and non-profit organisations.

CiteAb is a life science data provider that helps researchers and their suppliers make more informed decisions around research tools. With over 60,000 researchers a month accessing information from over 2,500,000 citations on over 5,000,000 antibodies, CiteAb is a leader within the life science data space and we are honoured that Ximbio’s efforts were recognised at this year’s awards. 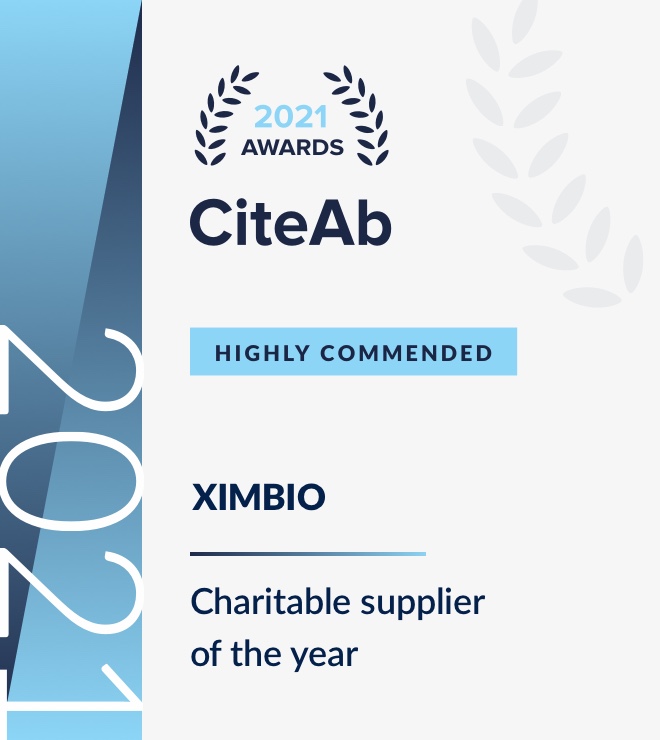