Since the rise of commercialisation in Universities and the establishment of Technology Transfer Offices (TTO) in the 1980s, both the life sciences research and the TTO industries have undergone several significant changes. With many new joiners to the TTO industry, we thought it would be worth looking back at some of the changes that have taken place and the impact they have had.

Rise of the monoclonal antibody

One of the major changes which affected TTO in the 1980s was the rise of monoclonal antibodies. With the advent of this technology, there was a rapid proliferation in the number of groups generating antibodies. Many of these groups often created antibodies that worked against the same target.

To address the potential duplication and confusion, the Leucocyte Antigen Workshop was established. Groups would submit their antibodies for testing against a panel of cell samples. Immunofluorescence assays, using a fluorescently labelled secondary anti-mouse IgG antibody and FACS analysis, allowed staining patterns of the cell population by each antibody to be compared and classified. The pattern of reactivity observed when different antibodies bound to the same cell populations, was known as the ‘cluster of differentiation’. This term was abbreviated to CD and became the naming convention for the cell surface molecules to which the antibody binds. The now many numbered CD markers, such as CD3, were devised as part of this activity. 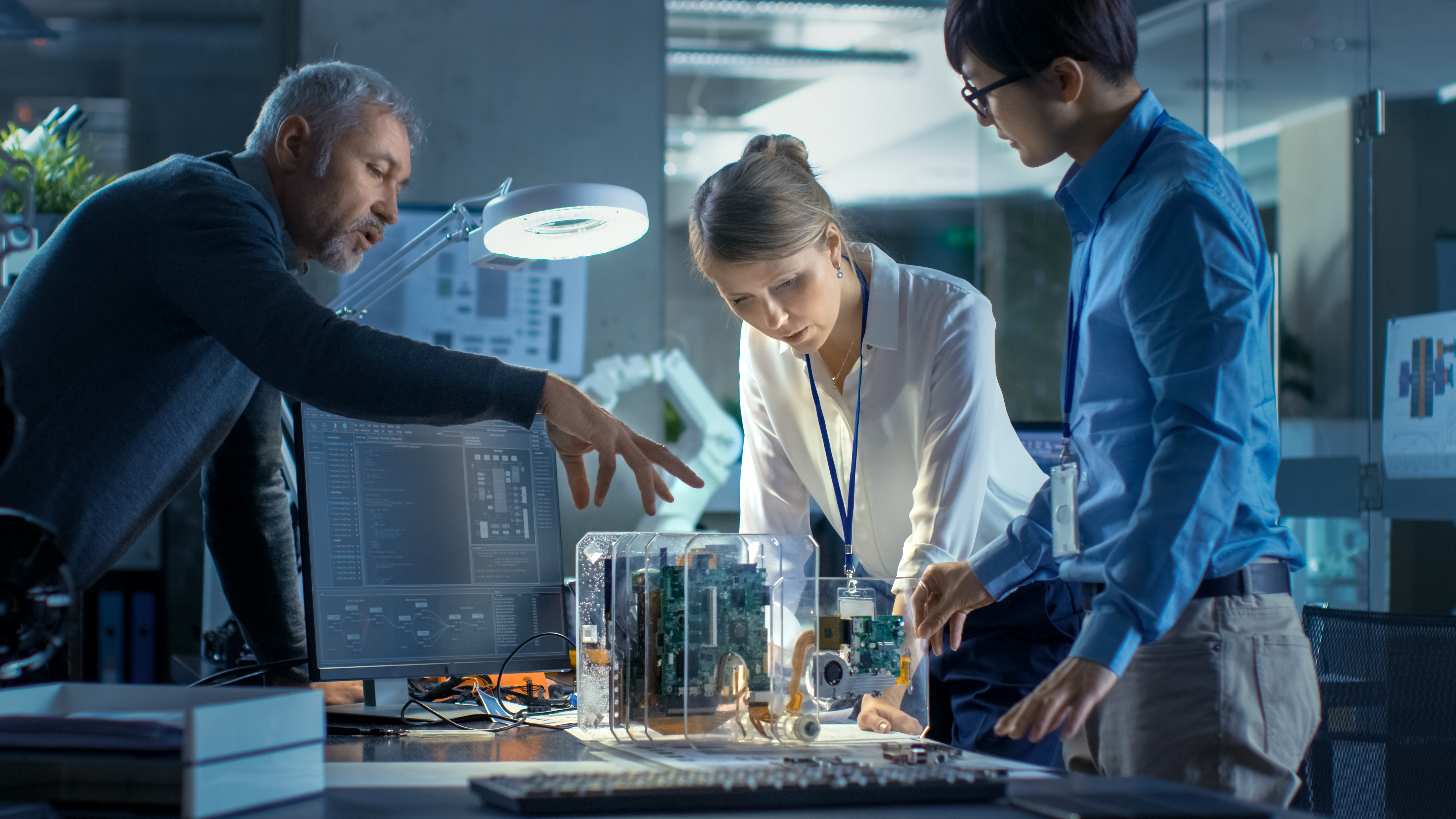 “These made sense of the hundred monoclonal antibodies etc. that were created in the 80/90s and that’s why you now have CD1 to whatever the number is now.”

Until the mid-1980’s, interactions with industry tended to be on an individual basis, between researchers and industrial partners or through local Industry Liaison Offices. This started to change rapidly in the late 1980s, when realisation of the value of intellectual property and the need for its professional management, was more widely recognised,leading to growth in the number of universities establishing TTO offices.

This change coincided with a rise in researchers purchasing reagents from commercial organisations, rather than just recreating them in the lab themselves. This was mainly due to the amount of researcher’s time required to create and label the antibodies, before they could be used in an experiment.

“Although researchers can share serum or generate antibody from hybridoma cells themselves, people like to buy ready labelled antibodies from companies. Labelling antibodies with fluorochromes is a faff.”

These changes resulted in a difference of perception in how scientific research and the role of TTOs was viewed. Universities and institutes were now placing greater importance on the value generated by the research. TTOs primary purpose was now to build on this value for the benefit of their institutes.

The growth of impact reporting

However, it wasn’t just universities and institutes that placed greater importance on the value generated from research. Governments started requiring universities and institutes to prove their impact so that they could continue to receive funding. Across Europe different Performance-Based Research Funding Systems (PRFS) were implemented and are still being used to measure the research impact a university generates. In the UK this is carried out through the REF framework, which was set up in 2014. UK universities and institutes are assessed on the quality of their outputs (e.g. publications, performances and exhibitions), their impact beyond academia and the environment that supports the research. A decision is then made as to how public research money should be allocated across institutions.

This change is not only seen at a university/ institute level. Many researchers, in grant applications to non-profits and other grant funding bodies, now need to show the wider impact their research will have, as part of their grant application process. This increased focus on impact reporting has coincided with changes in the university/institute funding landscape.

Changes in funding landscape and an increased demand for collaboration

With the demand for greater evidence of impact, funding bodies such as research councils, industry and government have also changed the focus on the type of research they will fund. Although previously willing to fund a large number of ‘Blue Sky’ thinking projects, in recent years there has been a greater focus on tangible outcomes, such as translational research and collaborations across academia and industry. It is not unusual in recent times, to see grant applications and proposals consisting of a collaboration of multiple academic and industry partners.

Since the 2008 crash, universities have often struggled to identify new sources of funding for their research. This has, however, occurred at the same time as a growth in the number of licensing income, patent applications and start-ups that have been created across all areas of research, but are largely driven by a growth in the life sciences industry. This growth in income along with other sources of funding e.g. crowdfunding and venture funding, has shown the value TTOs can provide to their institutes, especially in terms of their ability to identify and commercialise new sources of revenue. This links to the general awareness that has been developing since the 1980s, that academic outcomes can be used to make money.

The industry has gone through significant changes since TTOs were established in the 1980s. The changes look to continue in the future, with advances in the life sciences industry including the introduction and growth in the use of recombinants, nanobodies and bio-specific antibodies. One thing however is clear – TTOs will need to remain flexible, agile and open-minded, to continue in opening up conversations between academics and industry, whilst ensuring the rights of both the institute and the academics are protected. In parallel, TTOs will jointly need to identify ways of commercialising the new technologies that emerge so that they and their institutes can take advantage of these new revenue streams.

We held our first Reagents Forum after a long absence in June, where we discussed several of these industry topics, with several universities and institutions from across the UK. We hope to continue these in the future. If you would be interested in attending one of these events, please register your interest below: